This class is an engineer's dream, as the goal is to get four Hemi's, three Turbines or Allison Aircraft Engines to sing in harmony, in a pursuit of putting the power to the track. Tipping the scales at 7800lbs, the competitors in the Super Modified Tractor class must use every ounce to they have to their advantage. Fans from across the country, pack the stands for a chance to watch these machines throw dirt and with the power of over 10,000 horses.

Pro Stock Diesel Trucks will throw the dirt high as the sky, when these smoke belching machines hit the track. With a huge air swallowing turbocharger and “Big Boy” cut tires you can still cheer on your favorite big 3 brand…..Chevy, Dodge & Ford and take their respective shots at the top spot!

Referred by many as using "mountain motor" technology, these carbureted behemoths draped in the most popular American-made pickup truck body styles, have no engine size limit – and some are topping out at over 800 cubic-inches on alcohol fuel. One of the larger classes at any event, the Pro Mod Four-Wheel Drive Truck must weigh a maximum of 6,350-pounds. While steering and throttle application requires a lot of "finesse", another huge challenge is placing as much weight at the front as possible, which allows the front two wheels to pull and claw a pathway early on, before the increased weight of the sled puts the final emphasis on the remaining pair of spinning tires at the rear.

The Super Modified Two-Wheel Drive Truck division is another filled with colorful American-made truck body styles, equally dazzling paint schemes and some of the more popular personalities behind the wheel. Using supercharged and alcohol-injected drag racing-type engines, these Trucks indeed awe the crowd with their power and on-track antics, with part of their weight transfer characteristics resulting in towering wheel-stands at various points along the track. Their machines can weigh no more than 6,200 pounds, and finding the desired balance in keeping them pointed straight is truly a challenge.

Pro Stock Tractors are truly for the brand-loyal, die-hard tractor pulling enthusiast. Here, the John Deere's have reigned supreme for years, but the challenges brought on by other popular makes and models such as International have not relegated them to the winner circle automatically. These machines top out at a maximum of 10-thousand pounds and may bolt on a single turbocharger to an engine that can be built up to 680 cubic-inches in displacement. Using a combination of diesel fuel and water injection, these smoke-billowing monsters contain some of the more legendary teams in the sport.

Though these rigs may look similar to the one that towed them in, they are not quite the average truck one may pass on the highway. At 20,000lbs this class is the heaviest of the Champion's Tour competitors. Pulling with DOT approved tires, the Hot Rod Semi's have become a fan favorite across the country. With many competitors running multiple turbochargers, this class has become known for its power and thrilling performances by each competitor.

The 4.1 Limited Pro Stock class is a tip of the hat to the younger days of Pro Stock Tractor pulling. Limited to a 4.1 turbo charger, 640 cubic inches, and 9500lbs, this class has become a hot button topic with the fans of the Pro Pulling League. The heartland of the U.S. can relate to this once start-up class, now to the bright lights of the biggest PPL events. Regionally and Nationally, the 4.1 Limited Pro has quickly taken the pulling world by storm!

The Limited Pro Diesel Trucks is the fastest growing class in the Pro Pulling League. Fans shout and cheer their brand loyalty as these 8000 lb pickups come out to shows in large quantities. Running an OEM body makes this class easier to relate to their farm and work vehicles sitting in the parking lot.

The Mini-Rods may be small in size but the fun factor to watch is off the charts. Weighing just 2,050 lbs with 2,500 horsepower under the drivers fingertips makes for an exciting path down the 300' track.

These high flying tractors are known for their amazing wheel speed and wild rides. Weighing in at 6300 lbs. the Light Super Stocks are the lightest tractors on the Champions Tour. Limited to 504 cubic inches, the majority of these tractors have converted to alcohol to defeat their competitors. The Light Supers are growing in popularity each year on the circuit and are class known throughout the country for bringing a variety of makes and manufacturers to the track for competition.

Strap in to 8000 lbs. of high flying fun with the Unlimited Super Stocks. Limited to 650 cubic inches, these machines may boast as many as four turbo chargers staged together in song. With methanol pumping through these engines, the Unlimited Super Stocks have become known for their ground pounding power and amazing wheel speed. Keeping these bad boys between the lines and settled down is a daunting task for the driver, but the fans can't get enough of the awesome power coming from these machines.

Super Stock Diesel Trucks are a major fan favorite with their 3000+ horsepower diesel powerplants and two-stage triple-turbos producing insane amounts of boost. These are truly exotic machines, sporting custom tube frames, hydraulic tilt-bodies, massive "overkill axles" and single speed transmissions with a quick-change transfer case that distributes the massive horsepower to all four wheels. Decades of tractor-pull technology were applied to the Super Stock Diesel Trucks, making them pound-for-pound some of the most mindblowing machines on the pro-pulling circuit! 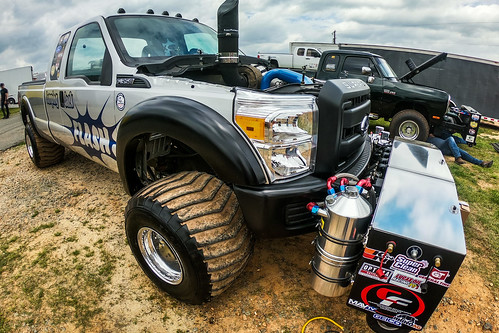 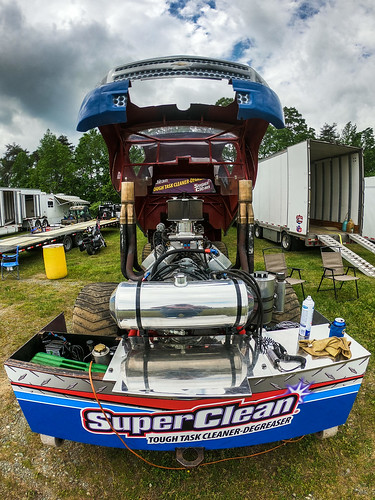 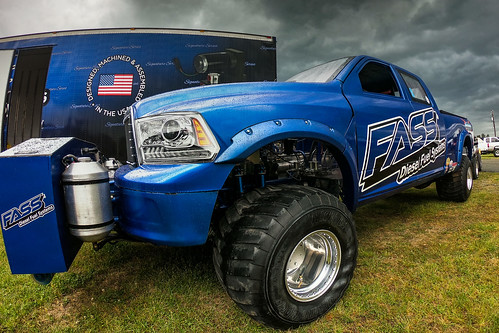 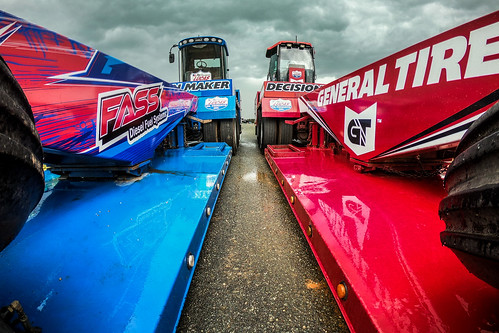 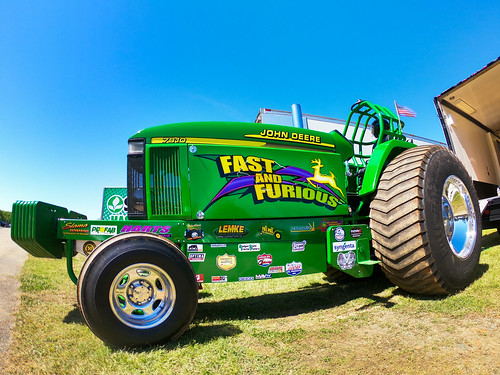 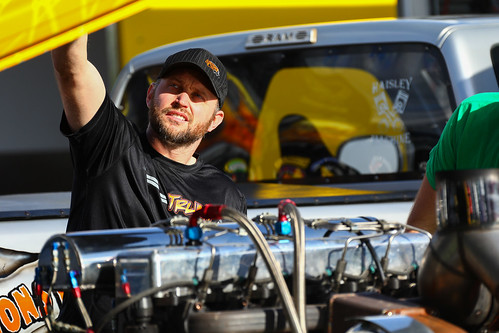 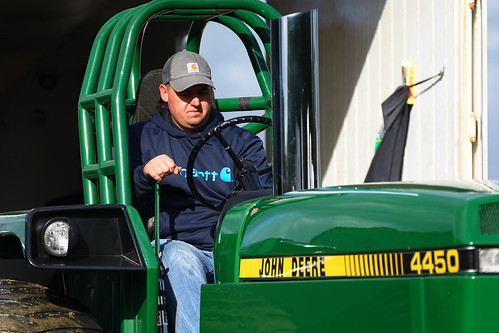 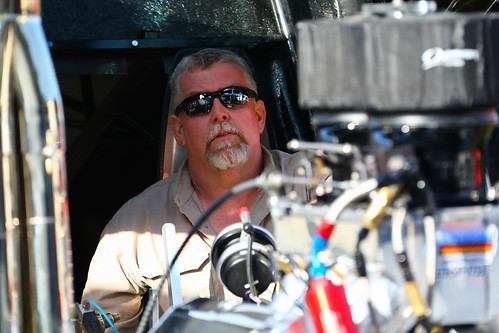